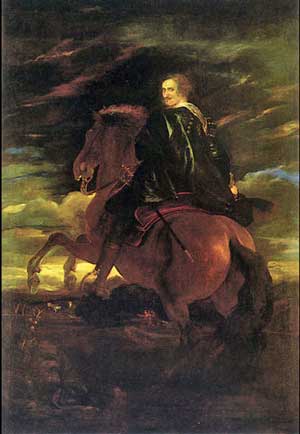 The 1630s and 1640s were critical for the Balbi family because of a serious political issue. At that time Genoa was under Spanish rule, but there were many Genoese who favored a French rule, including Gio Paolo Balbi. He had a plan to give Genoa to the French that was discovered by Spain and he was condemned for infamy against the King. In the early 1630s a wanted poster of Gio Paolo was created and circulated throughout Italy. It included a sketch of Gio Paolo that is believed to have been copied from a Van Dyck portrait of him (right).

Gio Paolo's cousin, Francesco Maria Balbi, offered money to Spain to drop the charges, but to no avail. It is believed he employed a painter, Simone De Bovis to substitute his own face on the Van Dyck portrait of Gio Paolo so that Gio Paolo couldn't be as easily identified (below and right). However, Gio Paolo was found and exiled to Sicily for two years. His cousin Stefano Balbi requested that Gio Paolo be relocated to Milan where there was more Balbi family business and presence, and Gio Paolo was sent to Milan. In 1636 he asked to go to jail to finish his period of exile but his request was denied. In 1639, after four years in exile he returned to Genoa.

In 1647 another sentence was added to Gio Paolo's politically related episode. His brother Bartolomeo and cousin Stefano were arrested because they tried to help him and his sister Francesca ran a great risk by keeping in close contact with him. This demonstrates a high degree of family solidarity.

The destiny of Gio Paolo was of grave concern to the Balbi family. They handled the crisis with strength and dignity, and although the family honor had been badly damaged, they did not abandon him. He kept in close contact with the family and with their help, he survived. He lived in Venice, Bergamo and Amsterdam, always with the authorities in pursuit. 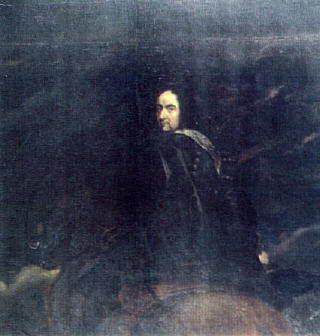 In 1648 in an effort to secure his personal safety, Gio Paolo tried unsuccessfully to establish a relationship initially with the French, and later with the Spanish. Subsequently the Spanish Inquisition tried to kill him seven times. For a time Gio Paolo lived in Venice, disguised as a monk. A priest disguised as a musician gained Gio Paolo's confidence. The priest sent back information about Gio Paolo's whereabouts, including a drawing of the ambassador's palace where Gio Paolo was living. When an assassin came to Venice, the priest could not go through with it and helped Gio Paolo escape.

Gio Paolo was indicative of the new seventeenth century nobility, fighting against the old establishment. He felt victimized by the oligarchy and the Spanish Inquisition. Ultimately Gio Paolo became a citizen of Amsterdam. It is not known when he died.