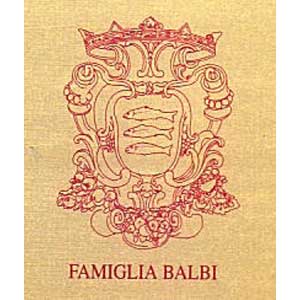 In the 1600s the Balbis were considered one of the most prominent families in Genoa and were recognized as nobility because of their success in business and their wealth. The Liber Civilitatis, a directory of Genoese nobility, included ten Balbi family members.

The Genoese Balbi family believed they had descended from an ancient Roman family of nobility. In the mid 1600s they constructed a family tree dating back to the 1300s that included a Roman Consul and other high level officials of the Roman Empire.

During the Renaissance period, the old Genoese nobility stressed the importance of marrying individuals of equal social stature. In the 1573-1575 time frame, the Balbis had a close relationship with Giacomo Durazzo, the Doge (similar to Governor) in Venice. Two Balbi brothers, Gio Francesco I and Pantaleo I, married two of Giacomo Durazzo's daughters, Battina and Lucrezia. These marriages along with the very successful Balbi business enterprises elevated the family to the highest social strata. There were also marriages with other prominent families, including the Spinolas, Lomellinis, Invreas, and Pallavicinos.

In 1583 Gio Francesco Balbi I was elected to the position of Senator in Genoa, and to Procurator in 1589. Gerolamo Balbi, patriarch of one of the two remaining active Balbi branches, was also a Senator.

In 1650 Francesco Maria Balbi purchased an Italian feudal property of provincial size that was comprised of a large geographic area called the Piovera, in the Alessandria area. As a result, he received the title of Marchese. The property included a castle, homes, farms, vineyards, pasture land, windmills, and canals.